The thrill of witnessing the Aurora Borealis is a once-in-a-lifetime experience for many. Some, however, get hooked and can never get enough of the blazing colours in the sky. The Northern Lights dancing up above is such a powerful and unique natural phenomenon it changes lives down on Earth. Being one of the best places to spot the Aurorae, Finland has even received immigration because of them. 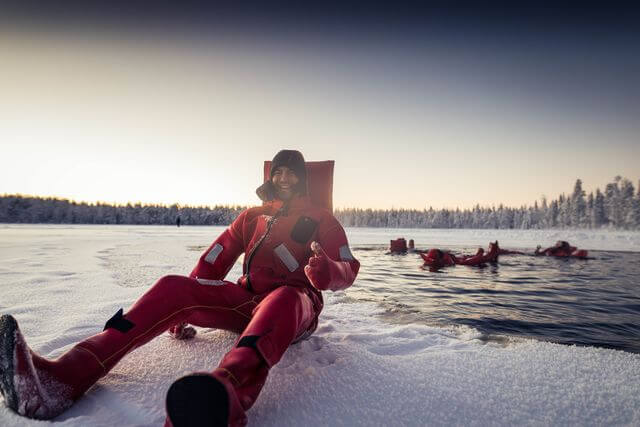 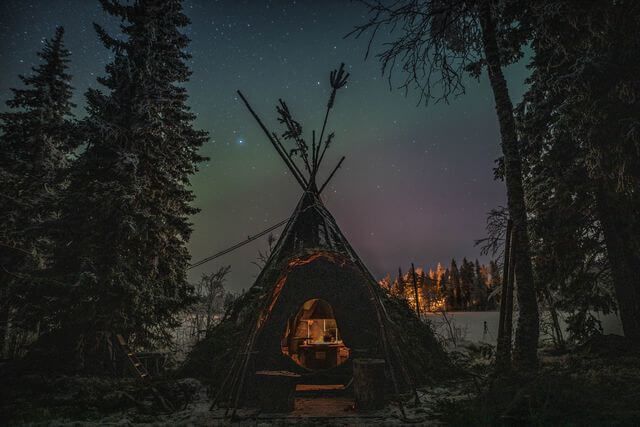 Aurora Hunting by Private lake, in a Lappish Tipi, 4 hours

If you want to go Northern Lights hunting but don't want to get round up with dozens of tourists, our private tipi experience is a perfect choice for you. That way everyone will have our full attention and a chance to get a personalized experience. 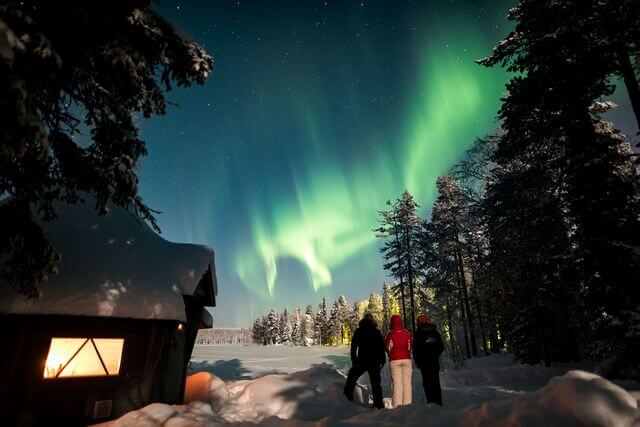 We know nature is unpredictable so we offer you 3 or 5-day pass to increase your chances of seeing the Northern Lights. 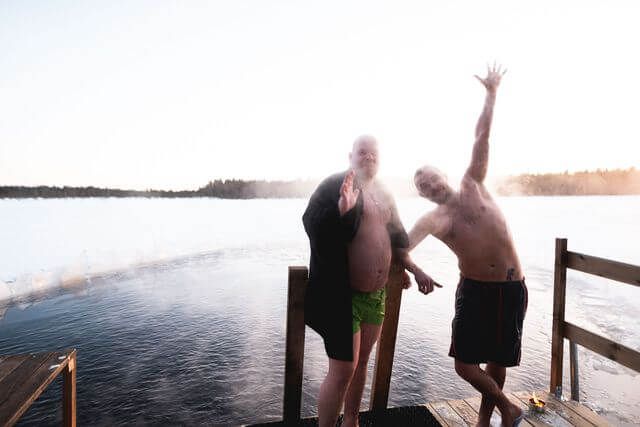 What's the first thing that comes to mind when you think about traditional Finnish adventure? Northern lights hunting, Finnish sauna, or traditional Lappish dinner in a cozy wooden cottage away from the city buzz? Correct! On this tour you will get all of the above and even a little more! 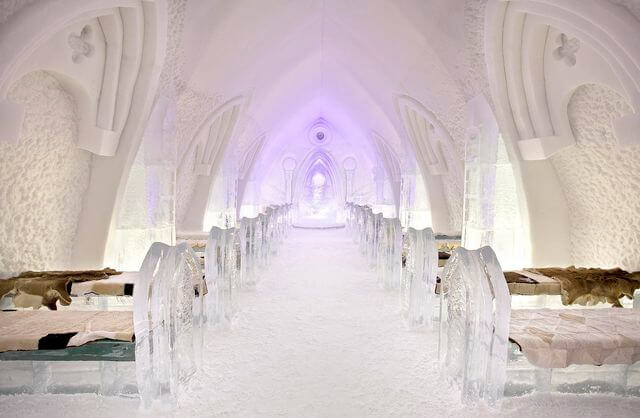 Great chance of seeing the northern lights in the evening! Visit also Arctic SnowHotel where everything is made of snow and ice. 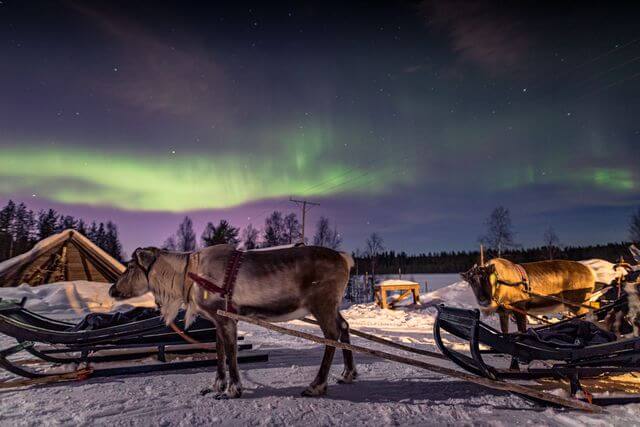 Reindeer sleigh ride is an essential Finish experience. Feel the thrill of skimming through snowfields, and get your Reindeer Driving license! 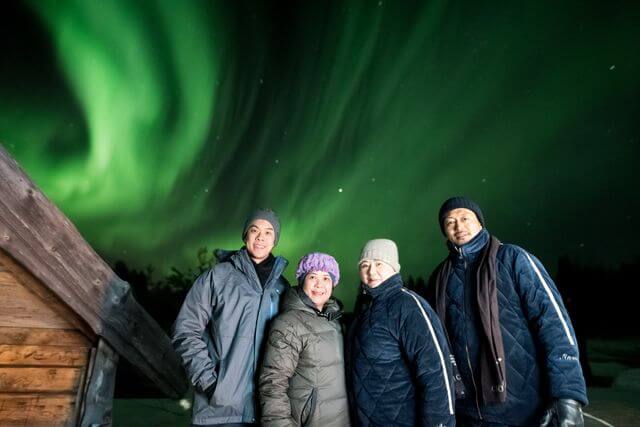 Let us take you away from the city to see the magical dancing Northern Lights. Learn more about this rare phenomenon and capture some awesome photos! 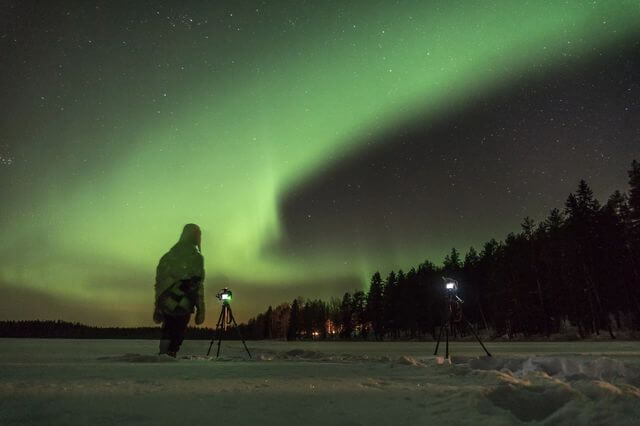 Chase the perfect photo of the Northern Lights with an experienced guide. You’ll get all the equipment you need, help setting up and using the camera, and transfers to 2-3 picturesque locations. 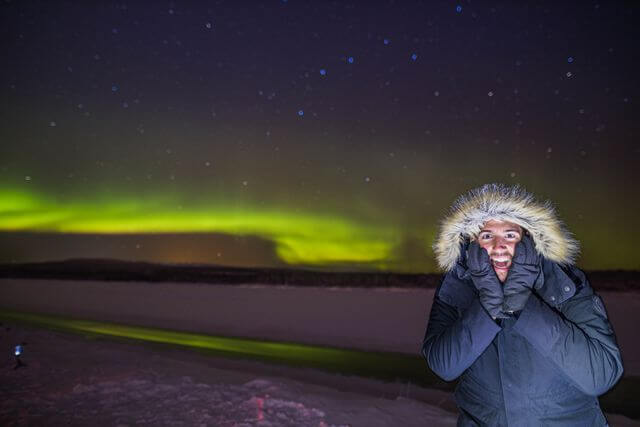 Private Northern Lights Hunting adventure is designed for those who wish to have a more personal experience in searching for the celestial Aurora Borealis. 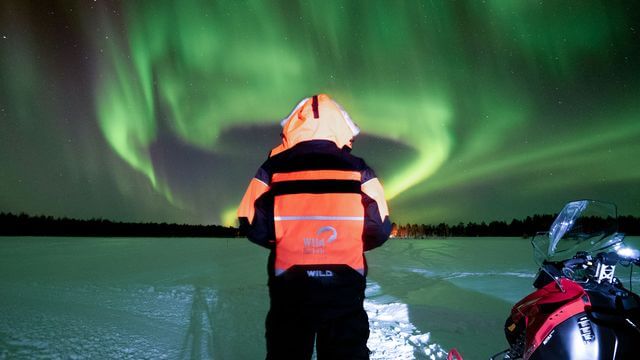 Snowmobile Safari to Search for the Northern Lights

Experience snowmobile driving while travelling at night through the magical arctic wilderness. Given extra light by the white snow reflection or the stars and the moon, we follow the snowmobile trails away from city lights and look for a place to admire the sky. 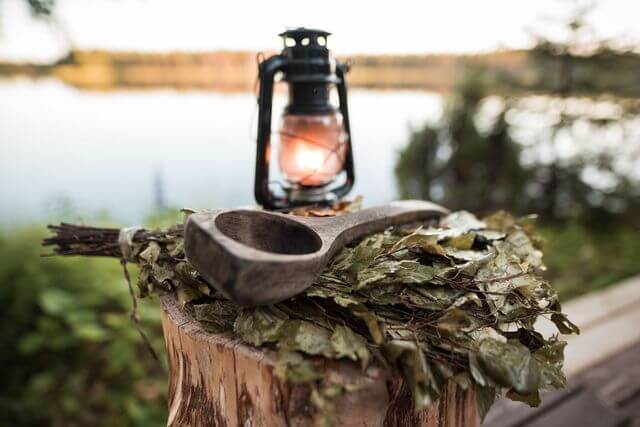 Traditional Lappish Evening in the Wilderness with Dinner

Experience the traditional Lappish sauna in a cozy cottage and take a dip in the private Arctic lake! Blow off some steam and enjoy a peaceful night in the authentic Finnish sauna. End the night with a tasty dinner cooked over an open fire.

The northern lights can also be called an aurora, polar lights, and southern lights, it is known as a natural light that is displayed in the sky and it can be commonly seen from a high-latitude region such as the Arctic and the Antarctic. The northern light got its name from Aurora, the Roman goddess of dawn while Borealis is the Greek name for the north wind. The northern lights have an enchanting aura and it features mind-blowing arrays of dancing colors and shapes which are featured in numerous ancient myths and folktales. These lights have been fascinating onlookers for centuries and you can also join one of our Northern Lights tours in Finland so that you can see this mesmerizing natural phenomenon for yourself.

The Northern Lights or Aurora Borealis are a natural phenomenon that illuminates the night sky in an enthralling, dramatic, and magical display of colors that will surely fascinate you. Auroras are caused when the temperature on the sun surface rises and falls and the sun boils and bubbles. During this period, some particles escape from the star from the sunspot areas on the surface which then lead solar winds. The winds then cause dramatic displays known as Aurora borealis. Auroras not only occur on Earth but also numerous worlds in our solar system.Aurora attracts a plethora of tourists that visit Finland during the winter months with the hope of just catching a glimpse of this mesmerizing lights.Although the northern lights have a varying color, shape, and intensity, they commonly appear as swaying green curtains.

The northern light can be smooth and slow to see with a diffuse glow that gives the sky a greenish hue. At some times, it looks like stripe or a serpent that stretches across the sky with moving. There are some times that it is strong and it moves rapidly and the shape changes very quickly. Although the experience is usually different it will leave your mind blown away.

The Mythical Explanation of the Northern Lights

The Northern Light is an enchanting phenomenon and there are diverse stories and legends about where this unique phenomenon came from and what it symbolizes. According to some ancient Greeks, Aurora was a goddess and the sister of Helios and Selene which is the sun and the moon respectively. It is believed that she would ride across the sky in her glorious chariot to alert her siblings that the dawn is coming.

According to the Viking legends, the ethereal lights are the reflections from the shields of the Valkyrie which is the female helping spirits of the god Odin. The Valkyrie would ride across the sky before battles as they decide who would win and those that would lose. The warriors that are dead will then ride to Valhalla by making use of the light reflecting from the armor of the Valkyrie as a bridge to the heavens.

The Best Place in Finland to see the Northern Lights

Best time to hunt for the northern lights

The northern light is a naturally occurring phenomenon and it is quite difficult to predict the appearance of this phenomenon. The best time that you can enjoy the Northern Lights in Finland is between late autumn, winter, and early spring.The best time to see the aurora in Finland is during the colder and darker half of the year because the light conditions are favorable. The winter period in Finland which is from November to March offers lots of opportunities to see the northern lights and this is because the skies are dark during this period.

Best way to hunt for the northern lights

It can be quite tricky if you are planning to hunt down the auroras alone especially if you are not very familiar with the landscape. The driving conditions in the winter can be hazardous to tourist for people that are not used to driving in the snow, on slippery roads, and in the fog. It is best if you can book for a tour with one of our professional guides so that you can save your valuable times and to avoid missing this mind-blowing scenery. Our guides know the best spots to go if you want to enjoy views of the northern lights and the spots can change at any given day.

The tours are usually between three to five hours and you are going to visit different locations every day based on the area that you are likely to see the Northern Lights. You should make sure you wear the warmest clothing and extra layers before joining this tour because we are not providing thermal suits and boots.